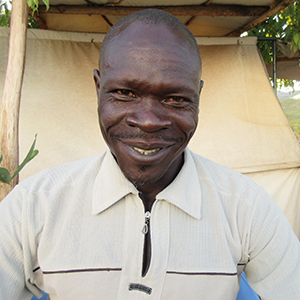 Amaku Siraji Odongo completed his primary education at Abiriamajo Primary School in Yumbe in 1995. He could not proceed with his secondary level of education due to financial challenges, and he began seeking employment. Amaku secured his first employment with Madhvani Sugar Works in Jinja as a security guard, and then with British American Tobacco as a classifier until 1996. Amaku then headed to South Sudan and secured employment with SPENCOOL as a security guard. When the political situation worsened in South Sudan, Amaku returned to Uganda and remained unemployed until 2016, when he joined RMF’s team as a Security Officer.

Amaku is fluent in Lugbara, Kiswahili, Arabic, English, and Kakwa.