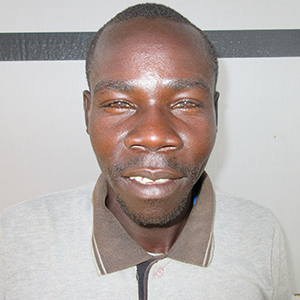 Alex Abate completed his primary education at Siripi Primary School in 2009. He then attended Lwolo Secondary School in Central Equatoria State, South Sudan. He had to leave school in senior one due to the challenge of school fees. From 2003 to 2007, Alex worked as a health promoter in Kajo Keji, South Sudan, with American Refugee Committee (ARC). From 2008 to 2015, he worked as a teacher at Pure Primary School in Kajo Keji. When war broke out in 2016, Alex fled to Uganda and was given an opportunity to work with RMF as Interpreter for Arabic and Kakwa.