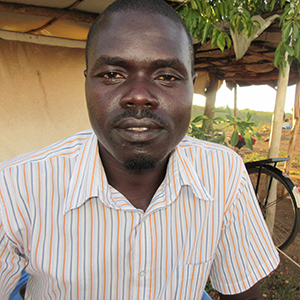 Abu Siraj completed his primary education at Arua Hill Primary School and then attended Yole Polytechnic Institute for his Ordinary Level studies, obtaining his Uganda Certificate of Education in 2001. Due to unfortunate circumstances, he could not proceed to Advanced Level until 2009. In 2010 Abu obtained his Uganda Advanced Certificate of Education from Arua Public Secondary School. He was then admitted to the Islamic University in Uganda, where he graduated with a Bachelor of Development Studies in 2014. Before joining RMF’s team, Abu’s work experience includes working as a booking clerk at Nile Coaches in the town of Yumbe, working with the Secretary General local council on the Adriko Cell, Kenya Ward, Oli River Division project in Arua Municipality, and working with Ashanti Express Forex Bureau at Arua Park in Kampala.

Abu enjoys listening to recitations of the Quran, listening to the radio, playing football (American soccer), and swimming. He is fluent in Arabic, Lugbara, Kakwa, Kiswahili, English, and Luganda.