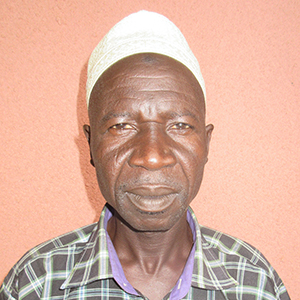 Abdulbast Ayub Marjan is a 47-year-old Ugandan national. He completed his Uganda Certificate of Education at Nvara Senior Secondary School in Arua District in 2005. He then joined Mulago National Referral Hospital, where he obtained a Certificate in Medical Records in 2011. After completing his training, Abdulbast worked with the Yumbe District local government as a records assistant from 2014 to 2015. In 2016, he joined RMF’s team as a Security Officer.

Abdulbast enjoys soccer, music, and dancing. He is fluent in English, Arabic, Lugbara, and Kiswahili.