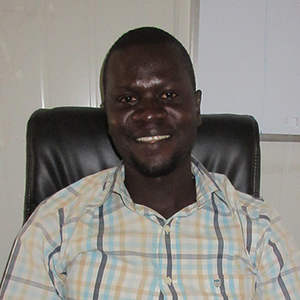 Julius Nyeko Kaka is a South Sudanese national born in 1986. He completed his Ordinary Level studies (secondary school 4-year course) in Uganda in 2005. He then obtained a Certificate in Nursing (3-year course) from Torit Technical Nursing School in Eastern Equatoria State, South Sudan, in 2007. In 2011, Julius attended the Health Science Training Institute in Juba, where he obtained a Diploma in Clinical Medicine and Public Health.