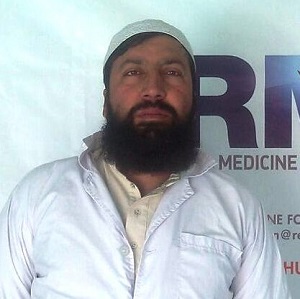 Rasheed Ahmed holds an intermediate degree in pre-medical group. He also earned a 1-year clinical assistant diploma from KPK Trade Testing Board. In 2009, he started his career at Health Care Hospital as a wound dresser in the Emergency Ward. He then worked at Hamdard University Hospital as a pharmacy assistant, starting in 2011.

Rasheed joined RMF’s team as a Medical Technician in October 2017, and he is working in our Satellite Clinic, Swat Health Project.