“In Sri Lanka the cases of cancer have doubled in the last 10 years. More than half of the 10 million cases of cancer diagnosed come from developing countries where the cancer incidence is increasing dramatically.” – International Atomic Energy Agency Report: A Silent Crisis: Cancer Treatment in Developing Countries 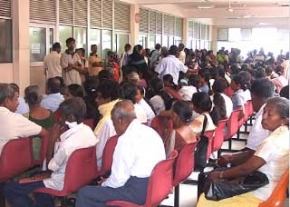 “Sri Lanka, a low-income country of nearly 20 million people, is typical of many areas of the developing world. Modest increases in life expectancy have led to a subsequent rise in the number of cancer cases. At the same time, changes in lifestyle and eating habits, due to growing urbanization, are causing a surge in chronic diseases such as diabetes, cardiovascular and respiratory complaints, and, of course, cancer. It is estimated that there are in the region of 18,000 new cancer cases annually (Globocan 2002), 33% of them ending in death within a year. Patient demand for cancer therapy far exceeds available services. Cancer prevention, registration, early detection, palliation, training and civil based cancer society are either limited or not well developed.”

Real Medicine Foundation, in collaboration with Dr. T. Colin Campbell’s Foundation and Cornell University has made Dr. Campbell’s Web Based Plant Based Nutrition Course through eCornell available to the staff at Sri Lanka’s National Cancer Institute. International participation will commence in March 2009. Our goal is to provide education in such cost effective, natural treatment interventions and preventive strategies to all of our clinics worldwide. 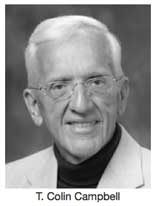 With over 40 years of research and policy making, Dr. Campbell is peerless when it comes to research dealing with nutrition and diseases of “affluence” such as cancer, diabetes and heart disease. His certificate program presents a different paradigm, considering the topic of nutrition both as a science and as a component of the practice of medicine. It is an expansion of NS 200 a successful Cornell course approved by the Department of Nutritional Science and offered for 7 years.” From www.plantbasednutrition.org

World Health Organization (WHO) statistics at a glance for South East Asian Region 1998-2000:

“South East Asia will become the most challenged region in the world which will constitute a major epidemic in the initial decades of the 21st century.” - WHO – South East Asian Region